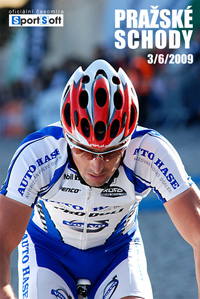 Beginning of the company SportSoft is dated back from the year 1996. At the beginning it was little measuring group. We ensured result service e.g. on the championship of Czech Republic in the roll ski run, championship of Czech Republic of the pupils in Zelezna Ruda, MTB Marathon Oderska Mlynice, Brnenska padesatka (Brno fifty) or on South Czech cup in the water slalom. In the year 1998 we developed our software for results processing. In the year 2005 arose company SportSoft, spol. s. r. o. and in such way we become officially an independent group with country-wide and afterwards international sphere of influence.

Company SportSoft is purely Czech company, which closely co-operates with sport clubs in the South Czech, it is a cosponsor of important sport actions in the Bohemian Forest and last but not least it is a group of people, which love the sport!